When a woman is pregnant, she does not ovulate, so there can be no menstruation. Menstruation occurs only when the woman is not pregnant. Although women may experience some bleeding during pregnancy, this will not be related to their menstrual cycle. For some, menstruation does not go even during lactation. However, ovulation may already occur. Therefore, the doctor may recommend some method of contraception for a nursing woman if she does not want to become pregnant again.

It is especially important to seek emergency medical care for bleeding during pregnancy, if it is accompanied by such symptoms:

If you have bleeding and symptoms of premature birth, that is, birth before the 37th week of pregnancy, consult a doctor. These symptoms may include persistent lower back pain, abdominal cramps, and regular contractions.

The reasons can be different, for example, a pathological condition, infectious and inflammatory processes of the internal genital organs, hormonal changes, an ectopic pregnancy and detachment of the placenta, which can lead to a miscarriage. In this article, we will take a closer look at menstruation and pregnancy and discuss other possible causes of bleeding during pregnancy.

The menstrual cycle occurs to facilitate conception. The cycle begins on the first day of menstruation and ends on the first day of the next menstruation. Ovulation, when the ovary releases the egg, occurs in the middle of the cycle. The egg is viable for 12-24 hours after ovulation. If a sperm fertilizes an egg, it is implanted in the uterus, which leads to pregnancy. If fertilization does not occur, menstruation will begin, and the body will reject the uterine mucosa so that it can build a new one for the next cycle.

Other causes of bleeding during pregnancy

As we have already found out, there can be no periods during pregnancy, but bleeding is possible. Although bleeding is not necessarily a sign of a serious problem, it is important to understand the potential causes and know when to speak with your doctor.

Bleeding is more common during the first trimester. Small blood stains may occur as a result of implantation of the placenta in the uterus. Changes in cervical cells during pregnancy can also cause mild bleeding, especially after intercourse.

Other causes of bleeding in the first trimester:

After the 20th week

Causes of bleeding in late pregnancy may include:

In any case, if bleeding occurs during pregnancy, it is necessary to note the color, amount and intensity of bleeding and consult a doctor. 6 Exercises And One Nutrition Tip To Target Arm Fat 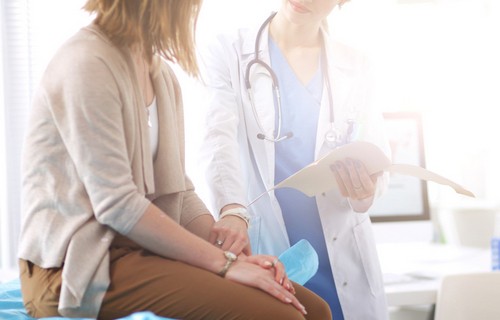 Endometriosis, causes, how to treat 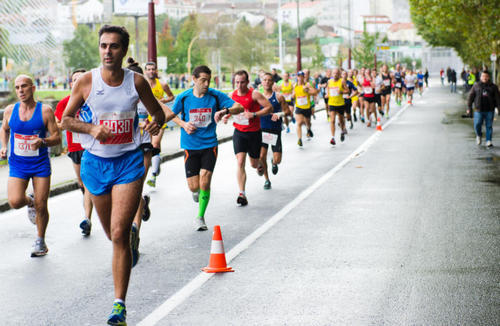 The risk of dying during the marathon