Bladder, performing, at first glance, fairly simple accumulation function and excretion of liquid waste products from the body really is a complex mechanism, carrying out a systematic regulation of the muscle layer (detrusor) and the sphincter through the nervous receptors.

Cramps in the bladder can occur for a variety of reasons, but in any case, are a consequence of pathological processes in the urinary tract or the pelvic organs.

The characteristic location of the bladder (directly behind the pubis in the pelvis) is often the cause of development of pathological processes, which are the root cause of the disease nearby organs (female reproductive organs, prostate gland in men).

Thus, thanks to being in the muscle of the bladder to the baroreceptors that respond to stretch receptors in detrusor and mucosal surface of the bladder has increased sensitivity to any stimuli, whether inflammatory processes or a violation of the contractility.

It is worth noting some positive side increased sensitivity of the body. As a distinctive feature of the kidney disease is the absence of any clear symptomatic picture (usually, the kidneys themselves are not sick), pathological processes can be diagnosed at a fairly late stage, when obvious violations of diuresis and changes in the bodies of almost irreversible;

Pain in the bladder, in this case, timely signals of developments that is the reason for a thorough diagnosis and treatment.

Important! Good contractility of the bladder is provided by the detrusor (the muscle layer) consisting of three layers of muscles located in the perpendicular directions.

The cause and nature of pain

Causes cutting pains can be divided:

It should be noted that inflammatory processes may be accompanied by many of these pathologies. For example, urolithiasis or benign prostatic hyperplasia. In both cases, the mechanism of the disease involves the development of stagnant processes, forming a favorable environment for the development of bacterial microflora.

Inflammation (if it is not an independent disease) significantly complicates the treatment of the underlying disease as edema, hyperemia of the mucosa and severe pain hinder the diagnosis and remove stones.

The characteristic symptoms of nearly all diseases is:

Inflammation of the bladder

Cystitis is considered a typically female disease. This opinion is connected with anatomical peculiarities of the female body (short and wide urethra), facilitating penetration of pathogens into the cavity of the bladder.

And although men are not immune from this disease, often cramps in the bladder in women is there is because of cystitis.

Depending on the nature of the disease, the following types of cystitis:

Treatment for cystitis is simple and consists in the use of antimicrobials and antibiotics.

Important! Violation regimens medication in the acute form of cystitis, may lead to the development of chronic forms.

Localization of concretions in the cavity of the bladder for a long time may not be accompanied by any symptoms. Pain in the suprapubic region, often radiating to the lower back, the scrotum or the perineum may be related to manifested before increased physical activity, bike riding or jolting in transport. A characteristic sign of the presence of the stone in the cavity of the bladder, is a sudden interruption of a full jet during urination, often with the inability to resume the process.

The appearance of the concretions may be due to migration of the kidneys by the ureters, or by forming them directly in the cavity of the bladder. The last option is usually observed in men, due to the development of congestive processes in the prostate cancer.

In the initial stages of development adenoma of the prostate is a small nodule or multiple nodules, formed of glandular tissue of the prostate. The increase in the size of tumors, causes a deformation of the urethra and, accordingly, a violation of urination.

In the latter case, the enlarged prostate obstructs outflow of urine through the urethra, but also impedes the passage from the ureter to the bladder, which can lead to the development of renal disease.

Malignant neoplasms of the bladder account for more than 2.5% of all cancers. At risk are people systematically exposed to toxic substances, Smoking and having a history of chronic cystitis.

The formation of a tumor may have the character of non-invasive growths on the bladder wall or bruised, penetrating deep into the muscle layer of malignant neoplasms. The latter is characterized by active growth and multiple metastases with involvement of lungs, bone and liver.

The main features of the tumor are:

Endometriosis is a pathological overgrowth of the inner lining of the uterus to the external surface of the reproductive and nearby organs. Due to the fact that the endometrium is sensitive to cyclic hormonal changes, enlarged tissue monthly bleed, causing inflammation of the adjacent tissues.

Localization of the endometrium on the outside of the wall of the bladder is called ectopic and is divided into the following types:

Internal lesions of the bladder followed by the growth of the endometrium leads to the formation of tumor masses on the inner wall. In addition to pain symptoms, bladder endometriosis is accompanied by hematuria during the premenstrual period.

Papillomas are one of the types of benign tumors that are formed inside the cavity of the bladder. Initially, papilloma is a small growth on the thin basis of having (or not having) many villi. Over time, the outgrowth increases in size, thickens and penetrates into the deeper layers of tissue. If at the stage of its formation papilloma grows from the surface of the mucosa, in the future can penetrate the muscle layer.

Stages of transition of papillomas to malignant form

The location of the build-up in the mouth of the urethra causes pain at the beginning and at the end of urination, often accompanied by the appearance of blood. Also papilloma can cause urinary retention with the development of subsequent complications (cystitis, urolithiasis).
Important! Despite the fact that papillomas are considered benign neoplasms, in certain circumstances, they may purchase the malignant form.

Pain, cramps and other symptoms of the bladder, in the absence of any pathological symptoms after a diagnostic examination of the urinary tract, called cystalgia.

Despite the absence of signs of pathology, cystalgia evidence of the development of a number of diseases of organs of small pelvis:

In fact, cystalgia is a functional reaction on the neuromuscular tissue of the bladder at various changes in the body.

Whatever nebyli causes of sharp pains in the bladder, regardless of the nature of and compliance with the act of urination, their appearance clearly indicate that pathological processes requiring immediate treatment. In most cases, timely treatment to the doctor is a decisive factor, leading options for the development of the disease to a favorable outcome. 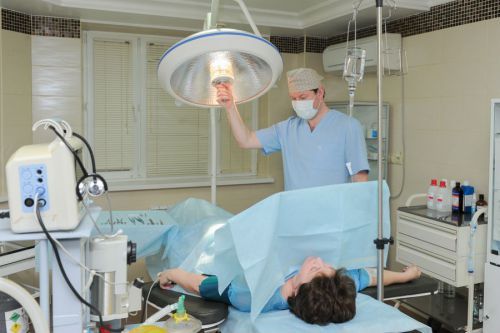 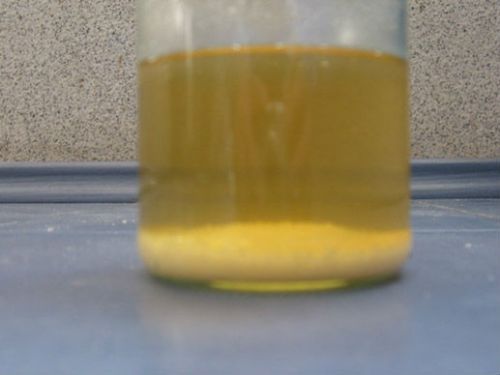 Threads in the urine 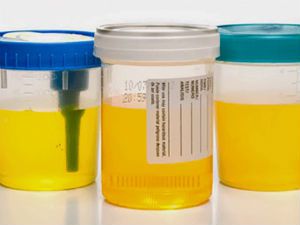 2 thoughts on “Pain in the bladder”