Renal failure called a pathological condition caused by violation of kidney function in the formation and excretion of urine. Since the result is the accumulation of toxins, changes in acid-base and electrolyte balance, the symptoms of kidney failure affect different organs and systems.

The development of renal insufficiency structures (nephrons), has many causes. Depending on how it is expressed and how quickly changes the clinical picture distinguish acute and chronic forms of the disease. To determine how kidney damage, it is important to select the most rational treatment.

Mechanisms of formation of clinical signs in acute renal failure

Acute renal failure is 5 times more common in the elderly than in the young. Depending on the level of the lesion, to distinguish between types of failure.

Prerenal – develops under disturbed flow of blood through the renal artery. Ischemia of the renal parenchyma occurs in the case of a sharp drop in blood pressure.

Such States are called:

In thromboembolism there is a complete blocking of supply of the kidney with the development of necrosis of the epithelium, basement membrane, hypoxia glomeruli. Tubules become impassable, their squeeze necrotic cells, edema, protein deposition.

In response to increased renin production, decreased vasodilator action of prostaglandins, which exacerbates the violation of renal blood flow. Termination of the filter causes the condition anuria (absence of urine).

Among nephrotoxic drugs in the first place are the aminoglycoside antibiotics group. Found that 5-20% of patients they cause moderate signs of renal failure, 2% of marked clinical manifestations.

Under the influence of nephrotoxic substances in the tubular epithelium is necrotic, delaminate from the basement membrane.

The differences between prerenal and renal types of anuria are that:

Most often found in the practice of urology postrenal failure.

The clinical course of this type of kidney failure you’ll be at a slower pace. Before the development of irreversible necrosis of nephrons have three or four days, during which treatment will be effective. Restoration of urinary output occurs during catheterization of the ureters, the puncture and insertion of drains in the pelvis.

Some authors emphasize burichenko (caused by lack of kidney) form congenital malformation (aplasia). It is possible for the newborn or when you delete the only working kidney. Revealing aplasia of kidneys considered a defect incompatible with life.

What changes in the body are caused by acute anuria?

Signs of kidney failure associated with the lack of production and excretion of urine, lead to increasing changes in General metabolism.

Symptoms for acute kidney failure is determined by the cause of disease and degree of functional disorders. Early signs may hide a common disease. The clinic is divided into 4 periods.

Initial or shock – dominated by manifestations of the underlying pathology (trauma, shock, severe pain, infection). Against this background, the patient detected a sharp decrease in the allocated amount of urine (oliguria), until the complete cessation.

Oligoanalgesia – lasts up to three weeks is considered the most dangerous.

To diagnose the degree of kidney damage can be by what changes are detected in the blood and urine.

Urine has bloody character with a massive precipitate

In the blood there are signs of uremic intoxication in the form:

What are the signs differ in the recovery stage?

The early recovery is the stage of polyuria. Lasts up to two weeks, takes place in 2 periods. Initial symptom is the increase in daily diuresis up to 400-600 ml. a Sign is seen as favorable, but only conditionally, since the increase in urine output occurs on the background of growth of azotemia, severe hyperkalemia.

It is important that in this period of “relative prosperity” killed ¼ of the patients. The main reason for heart disorders. The allocated volume of urine is insufficient for the removal of accumulated toxins.

The patient is experiencing:

Further development of polyuria facilitates the excretion of nitrogenous substances, excess electrolytes. But the danger remains as long as the kidney will not recover the ability not only to maintain and regulate the necessary balance of nutrients, water and electrolytes.

The recovery period lasts up to a year.

Confidence in a full recovery of the patient occurs when:

About the peculiarities of diagnostics of kidney failure read in this article.

Signs of chronic renal failure detected in 1/3 of the patients in urology departments. It is most commonly associated with long-term current diseases of kidneys, especially against the background of anomalies of development, diseases, sharply breaking metabolism (gout, diabetes mellitus, amyloidosis of internal organs).

In the early stages of chronic insufficiency symptoms manifested only in the case of increasing the burden on the kidneys.

It can be caused by:

Patients find swelling of the face in the morning, weakness and reduced ability to work. Only laboratory data indicate early failure of the kidneys.

The ability to compensate for the loss of part of the structural units of the kidney associated with a transient hyperfunction of the remaining nephrons. Decompensation begins with reduction of urine formation (oliguria). Blood accumulates ions of sodium, potassium and chlorine, nitrogenous compounds. Hypernatremia leads to significant fluid retention inside the cells and in the extracellular space. It is a cause of high blood pressure.

In chronic renal failure, all the changes occur very slowly, but they are persistent and lead to the simultaneous defeat of all organs and systems of man. Hyperkalemia causes brain damage, muscle paralysis, heart on the background of severe myocardiodystrophy developing blockade of the conduction system may stop (asystole).

The combination of electrolyte disturbances, acidosis, anemia, fluid accumulation within cells leads to uremic myocarditis. Myocytes lose their ability to synthesize energy for contraction. Evolving myocardial dystrophy and subsequent heart failure. The patient has shortness of breath when walking and at rest, swelling in the feet and legs.

The swelling of the feet constant, increases after a walk in the evening

One of the manifestations of uremia is a dry pericarditis, which you can listen with a stethoscope in the shape of a pericardial RUB. Pathology is accompanied by pain behind the breastbone. ECG reveals inperceptably curve.

From the lungs may develop uremic pneumonia, tracheitis and bronchitis, edema of the lung.

Liver cells (hepatocytes) are highly sensitive to pathogenic changes. They stop the synthesis of the necessary enzymes and substances. Comes kidney and liver failure.

The symptoms are added:

Already in the early stages, patients with urological problems are often treated for chronic colitis, disorders of the chair, vague pain during bowel. This is due to the reaction of the intestinal epithelium to altered kidney function. In the advanced stages of nitrogenous substances begin to stand out through the intestines, saliva. There is the smell of urine out of the mouth, stomatitis. Ulcers in the stomach and intestines have a tendency to hemorrhage.

What are the symptoms characteristic of each stage of failure?

For chronic kidney failure 4 typical stages of the disease. In the latent stage the patient seldom makes a complaint.

The urinalysis revealed protein and cylinders, in the blood of minor changes of electrolytes.

In the compensation stage – malaise increases. Patients copious urine (up to 2.5 liters per day). Laboratory data reveal the initial changes in the filtration capacity of the kidneys.

Intermittent stage is characterized by increased content of nitrogenous substances in the blood plasma.

Patients concerned about in addition to latent manifestations:

Any infections are very hard (SARS, tonsillitis, pharyngitis). The degradation is caused by errors in diet, workload, stress.

Urgent diagnosis and treatment of patients with acute renal failure allows for recovery of most patients. In chronic kidney failure need treatment of the underlying disease, prevention of exacerbations, and timely surgery to restore patency of the outflow pathways of urine. Hope for treatment of folk remedies is not justified.

Most patients with chronic form requires the use of the apparatus “artificial kidney”, organ transplantation. Choosing a method of therapy, doctors according to the clinical manifestations judged on the stage of the disease. Proper assessment of the patient depends on the experience and capabilities of the survey. 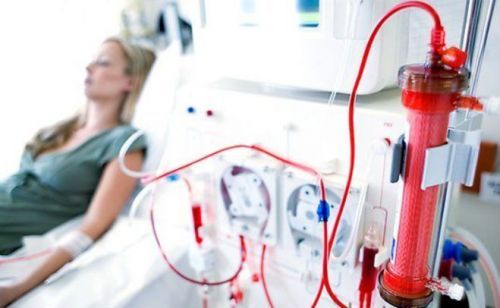 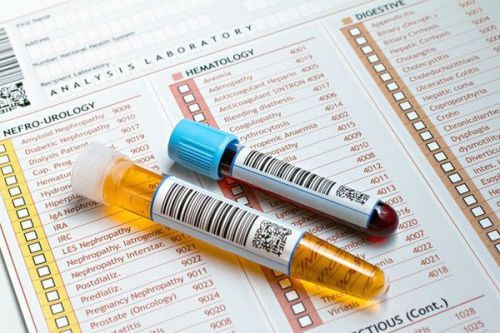 What is the meaning of crystals in the urine 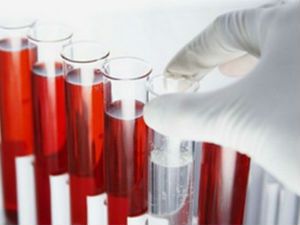 Blood in the urine during pregnancy

One thought on “Signs of kidney failure”