The health status of young children requires careful monitoring for the timely detection of deviations from the norm. The upbringing of boys and girls be sure to include the skills body care, proper cleaning.

State, when the urine contains blood cells red blood cells, called hematuria. Parents may notice it change colors to a reddish tint, the presence of streaks on the diaper or the characteristic clumps in the pot of the baby.

The screening system includes frequent checking of urine. In the sediment, the technician can see these undesirable impurities, such as increased number of erythrocytes, leukocytes, protein, cylinders, salts, bacteria.

Interpretation of “bad analysis” is not possible without additional research, determine the possible physiological causes. For example, blood in the urine of the child adolescence appears with increased physical activity and aspiration to achieve high results in sports.

Can blood in the urine is considered the norm?

If the doctor says the blood in the urine, it means an increased amount of red blood cells. The child it depends on age and gender.

The body of the newborn baby are not able to provide full operation of all systems. After all, he must go to the individual mother level. There is a tool for independent life. Erythrocytes accumulated in utero are destroyed and instead appear own products blood.

This causes jaundice, uric acid diathesis, the appearance in the urine of the “old” red blood cells to 7 cells per field of view. How long will leak adaptation of the infant depends on the immune status derived from the mother. That’s why during pregnancy, obstetricians-gynecologists as strictly monitor the woman’s condition, recommend a sufficient amount of vitamins, adherence.

Renal filtration in children from one year to two years is imperfect. Can pass through the membrane of the red blood cells. Norm allows excretion of up to 5 cells per field of view.

After two years of age in the absence of diseases and defects of the urinary organs is set to a constant value:

Any exceeding amount is regarded as hematuria.

Physiological causes of hematuria in children

Physiological causes are of short duration, not associated with diseases. But for confirmation you have to exclude the child’s pathology. The appearance of blood in the urine in these cases indicates insufficient adaptation of child’s organism to loads and will require restorative treatment.

The most frequent “breakdowns” occur when:

Classification of causes of hematuria

Causes of hematuria it is customary to distinguish in relation to the kidneys:

In some cases, possibly incorrect conclusion?

With regard to urinalysis mom taught the rules of collection. It is very important not to allow impurities. If your child has symptoms of enterocolitis (frequent loose stools, abdominal pain), the fall in urine after bowel movement the elements of inflammation of the bowel containing the red blood cells.

Do not look for a suitable container at home, it is better to buy a sterile container for urine at the pharmacy

Teenage girls cannot be tested before menstruation and during the week after it. In the urine appear red blood cells even with minimal spotting in diseases of the appendages, and endocrine disorders.

To do research in such cases has no meaning, the result will not be valid.

What are the properties of red blood cells help in the diagnosis?

Transcript of analysis of urine not only gives a quantitative assessment of the degree of hematuria, but gives the appearance of erythrocyte cells to determine the source of bleeding.

Unmodified erythrocytes, no different from blood cells indicate the absence of reasons for the stagnation of urine. Can be caused by irritation of the bladder and ureter salts, a pronounced cystitis. A drop of blood at end of urination appear in the case of destruction of the bladder neck, in tumor growth in this area, inflammation of the urethral channel for boys.

The modified red blood cells indicate long-term pathology such as kidney stones when the stone blocks the flow of urine. Lingering in the urine, red blood cells lose their alkaline properties, shrink or turn into a ring.

In what diseases a child has been having hematuria?

The diagnosis is always the first eliminated of injury. Injuries in the lumbar area, abdomen as a result of falling, fighting, sporting and domestic injuries can cause poor circulation in the renal parenchyma with the ejection of the blood into the urine.

One of the large groups of causes of hematuria in children – diseases of the urinary organs.

The nature of the lesion.

In addition, in children the kidneys are frequently affected in severe other diseases, lead to this:

What symptoms accompany the hematuria?

In addition to laboratory changes, the child in cases of diseases of the urinary tract we observed different signs which parents need to know.

Glomerulonephritis – inflammation of the kidneys infectious-allergic nature, rapidly moving from acute to chronic. Can begin with reduced urine output.

In addition, I have the value:

Pyelonephritis – inflammation of the Cup-pelvis-plating apparatus.

Manifested by the following symptoms:

Cystitis often bother girls but if boy not to deliver on time of phimosis, in the future, expect frequent urethritis and cystitis.

Real urolithiasis in childhood is rare. But the violation of the metabolism by increasing the concentration of salts in the urine is most of the time. They can shape the stones and to injure the urinary ways. So you need to monitor the allocated type of salts. In children they are well treated through diet.

What methods of diagnostics allow to determine the cause of blood in the urine?

Features of diagnostics for childhood or adult age does not exist. The choice of method depends on the condition of the patient. The survey begins with a urine sample. Where to take prompt local pediatrician.

Simultaneously with hematuria in the urinary sediment to determine:

The set of tests included:

It is important that childhood diseases of the kidneys and bladder did not immediately become chronic. In acute disease the physician has time to assign the optimal treatment and to save the child from disease. 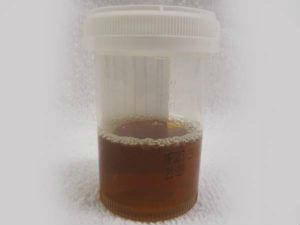 In some cases, the urine is beer color 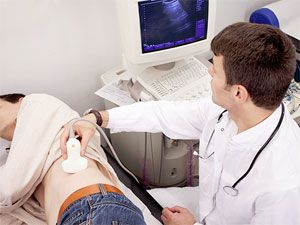 The main methods of diagnosis of kidney disease 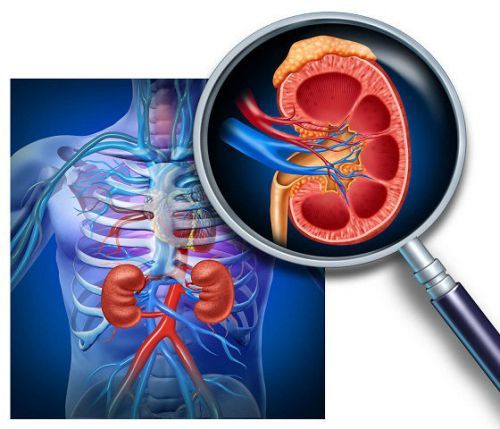 5 thoughts on “Blood in urine in children”