Stones in the gallbladder is a fairly common disease. The number of rigid formations can reach several thousand. The size of gall stones are different. Noted that the more, the less their sizes. They often form in the neck of the gallbladder, the cavity and the bile ducts.

The main reason for the formation of stones in the bile duct, is the wrong food, eating high calorie fatty and fried foods. Increases the risk and obesity, sedentary lifestyle, diabetes mellitus, intake of contraceptives. Very often, the gallstones occur against the background of dyskinesia of the bile ducts and other digestive disease.

The main symptom of the presence of stones in the gallbladder are acute paroxysmal pain in the right side, going under the right shoulder blade. Pain is often accompanied by a feeling of dryness in the mouth, nausea, pruritus and fever. In severe cases develop jaundice. The nature of the flow there are several forms of this disease. If there are certain gallstones cholelithiasis occurs in a latent form, changes in the condition of the patient is usually not observed. The stones are detected during the examination. Such gallstone disease is most often found in older people.

Dyspeptic form is only about 30% of cases of gallstones. Sick for a long time are experiencing nausea, bitter taste in the mouth, feeling of heaviness after meals, indigestion by eating a heavy meal. Pain in the gallbladder mild or completely absent. These symptoms are mistaken for a manifestation of dysbiosis.

Sometimes gallstone disease occurs in a paroxysmal form. This form of the disease easier to diagnose. It is characterized by sudden attacks of pain after consumption of heavy meals and strenuous exercise. Torpid pain syndrome cholelithiasis is manifested in the absence of attacks, it is characterized by constant dull pain in the right side. The pain becomes more intense after eating fried and fatty foods during exercise. Usually lasts this long. Elevated body temperature during periods of exacerbations was observed.

The degree of severity of symptoms there are 3 forms of the disease. In mild attacks happen rarely and do not last more than an hour. They are easy to remove with the help of painkillers. In between bouts of pronounced disorders of digestion are not observed. The average severity of the disease a persistent pain syndrome of moderate intensity. The attack lasts up to 6 hours, accompanied by fever, vomiting and jaundice. In between bouts observed moderately intense pain in the right side. Sometimes the gallbladder doesn’t produce bile in the proper amount.

In severe gallstones attacks occur several times a week and are characterized by severe pain. Remove the pain syndrome is possible only with strong analgesics. In between exacerbations remain pronounced pain in the right side, digestive disorders, increased body temperature.

There are various types of gallstones: cholesterol, lime, bilirubin stones. One component of the education are rare, as a rule, they all have a mixed composition on the basis of cholesterol. These stones have a size of 1 cm and are characterized by the presence of bilirubin in the kernel. The basis of pigment stones are lime salts and a small percentage of pigment. Such stones are fibrous or crystalline structure. Very often one patient in the gallbladder is possible to find small stones of various structure and chemical composition.

Sometimes they have a kind of fine-grained sand, sometimes stone 1 and it fills the entire gall bladder. The weight of this type of education can reach 80

Removal of stones from gallbladder

Surgical removal of gallstones should not frighten the patient. Such operations are performed in many hospitals with modern equipment. Most commonly used laparoscopic surgery, performed through minimal incisions in the skin. After the patient a few days can return to normal life. High quality anesthetics do not cause harm to health. Therefore, if the ultrasound confirmed that there is a large stone in the gallbladder, the operation delay is not worth it. It is best to do in between exacerbations, to prepare for surgery in advance.

In addition to surgical treatment, there is medication. Primarily used drugs, allowing you to remove the attack. For this, the patient is administered antispasmodics. The choice of drug and mode of administration depends on patient’s General condition and intensity of pain. Each of these drugs has its contraindications, so it is prescribed only after a complete examination. Usually together with antispasmodics administered analgesics. If the attack cannot be removed with the help of these drugs, your doctor may prescribe narcotic painkillers. In hospital used paranephral blockade. For the normalization of the gastrointestinal tract and eliminate nausea prescribed antiemetics. For the prevention of intoxication and dehydration, the patient is advised to take Regidron.

When not very severe pain you can stand without pain injections. Antispasmodics can be taken in pill form. For pain you can take Baralgin. However, nausea can interfere with the pill, so some drugs can be administered through enemas. After vomiting stops, the patient is advised to take a laxative.

The patient’s appetite, as a rule, does not happen, so do not force him to eat. It is helpful to drink warm tea, fruit drinks, fruit drinks, non-carbonated mineral water. In the first days after the attack, it is recommended to stay in bed.

So, the attack stopped. Now the treatment will be aimed to ensure that it does not happen again. For this you need to get rid of stones in the gallbladder. For this purpose other ways. Some people take cholagogue, hoping to get rid thus from stones. However, this method is fundamentally wrong. The stones will not work, and just make a move that will trigger another attack.

Cholagogue do not use without consulting a doctor and after examination. Perhaps the cause of the pain lies in the other disease. Herbs with cholelithiasis will not give a positive effect.

Choleretic plants can pose a danger to the patient’s health: they can cause an attack of biliary colic.

Dissolution of stones is one of the ways of treatment of the disease. In the past this was done by henodeauxiholeva acid, which slowed down the production of cholesterol in the body and contributed to dissolution of stones. However, this drug has many side effects, so at the present time almost never used. Now for medical use litaize ursodeoxycholic acid, which also has a number of limitations.

Letalis is applied in the presence of radiolucent cholesterol stones in the gallbladder. Functions of the biliary tract should not be disturbed. The cavity of the gall bladder should not be filled with stones by more than half. Dissolving the stones are not subject to a density of over 100 units. Taking into account all contraindications, this treatment is assigned to only 20% of patients. At the same therapeutic effect can be observed only in 50% of cases.

The basic cause of this disease the child is a genetic predisposition. Formation of gallstones in children is not accompanied by inflammatory process. The symptoms of the disease in children under 7 years of age similar to normal indigestion. The development of the disease significantly influenced feeding habits. Breastfeeding protects children from obesity and hyperinsulinemia. Gallstone disease is more common among children from birth were bottle-fed. In addition, the development of the disease may cause the lack in the diet of fresh vegetables and fruits.

The gallstones are formed when the sedentary lifestyle, stress, Smoking and alcohol use in adolescence. Congenital abnormalities of the biliary tract also increase the risk of disease. The younger children are usually diagnosed bilirubin stones, in adolescents the predominant formation of cholesterol.

If the child has no typical disease signs, diagnosis only after full inspection. Acute abdominal pain the physician should exclude the disease, such as appendicitis, cystitis, pyelonephritis, and urolithiasis. Gallstone disease has symptoms similar to parasitic invasions in your common bile duct.

If the diagnosis of cholelithiasis was confirmed, it is necessary to exclude heavy physical load, contributing to the movement of the stones. Thus a quiet walk in the fresh air even useful. Food should be taken on the mode. The family should be a tranquil environment. In the event of attack in a child it hospitalitynet.

For pain relief in hospitals apply the extract of belladonna in combination with antispasmodics. When pain syndrome associated with spasm of the sphincter of Oddi, the doctor may prescribe narcotic painkillers. Products containing morphine is not recommended, as it can increase the spasm. The stones treatment is done mainly by the method of litaize. In severe cases is surgical intervention, until the complete removal of gallbladder. Indications for surgery are a serious pathology of the bile ducts and diarrheal form of gallstones.

Prevention of gallstone disease in a child should start from birth. It is not necessary to abandon breastfeeding. Subsequently need to follow a proper diet and regularly examine children with a genetic predisposition to the disease. 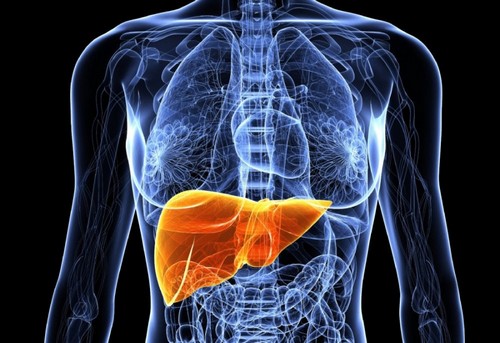 What is dangerous liver tumor 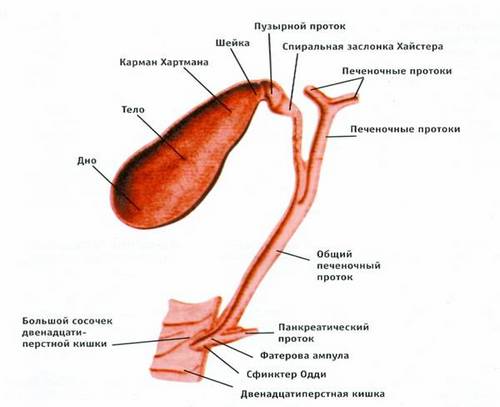