Dorsopathy of the thoracic spine – a condition that is due to age-related changes in the spine. The changes that occur here are related to poloznik core.

Even at an early age due to the fact that the person resides in a vertical position, the discs of the spine height start to decrease. But in a young and healthy body, they are restored during the night, when again saturated with water. In the morning, waking up, human height can significantly increase, but during the day it decreases again.

However, after 30 years, the capacity of disks for the night to return to its original position markedly reduced. In this case, begins to develop this condition as dorsopathy, which is especially noticeable in the thoracic spine. It is believed that this division of the spine is one of the most sedentary, and hence the process of aging occurs most rapidly.

The disease begins with chondrosis. Most often, this pathological condition there is no any special symptoms or manifestations that would lead the patient to the doctor. Usually the person experiences unpleasant sensations in the chest part of the spine, but they occur without pain and often are written off to fatigue.

After some time chondrosis moves into the second stage. Here are the symptoms dorsopathies thoracic spine extends to other vertebrae in their skeletal base and on the joints, which are located between the vertebrae.

There is a rupture bonds between the vertebrae, they are not so tightly fixed to each other, and can confirm their pathological mobility. Further degenerative processes quickly lead to the fact that the height of these vertebrae begins to decline, while between them remains the space for the nerves and blood vessels, which begin to pereginets. All this causes pain and other unpleasant symptoms, which bring on reception to the neuropathologist.

The third stage is usually the time of the formation of intervertebral disc herniation. It is formed in the case where there is a complete rupture of the fibrous ring, which can happen during weight lifting or other heavy load on his back.

In this stage may appear pathological kyphosis or abnormal lordosis, which occurs when the vertebrae are no longer held in their normal position and are shifted relative to each other. This is the initial stage of scoliosis, which is also one of the symptoms of dorsopathy.

The fourth stage is defined and diagnosed scoliosis, treatment is often performed surgically.

If this disease process is left untreated, it will continue in the future, which in turn will soon lead to the development of the Central and peripheral nervous systems.

To recognize the disease by the following signs:

If any signs or symptoms dorsopathies thoracic should immediately consult a physician in order not to get all sorts of unpleasant complications, cure that will not be so easy.

Treatment dorsopathy spine in the thoracic spine in the beginning conservative. This can help treatments such as:

However, such procedures must be combined not only among themselves but also with the medications that should be taken on prescription.

At later stages, for example, in scoliosis the last degree of severity, these methods of treatment can be ineffective, therefore it would be better to use surgical treatment. 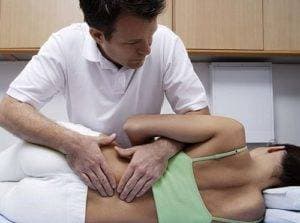 LFK and therapeutic gymnastics in scoliosis in children and adults 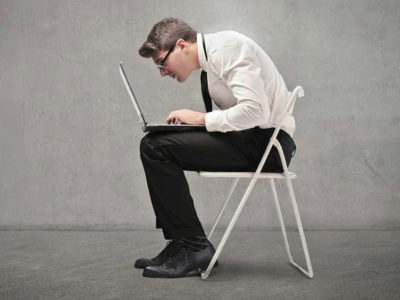 The main reasons for back pain above the waist, left and right 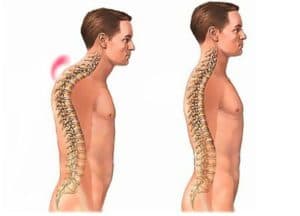 2 thoughts on “The symptoms and treatment of dorsopathies thoracic”