Oligodendroglioma – a brain tumor that is formed of cellular structures called oligodendrocytes. Normal of them formed a protective sheath of nerve cells. These tumors have a heterogeneous structure, may have cystic inclusions within, and deposited limy sediments.

The tumor grows very slowly and also slowly progressing. Favourite localization – the frontal or temporal lobe, although it may be formed in any part of the brain. Most common in men aged 20 to 40 years.

There are three types of tumors, and to meet they can not only in the brain but in the spinal cord.

The first type is called typical. The tumor grows slowly, has a minimal degree of malignancy and the prognosis is often favorable.

Anaplastic oligodendroglioma of the brain is the second type. This is one of the most malignant tumors. It grows very quickly and rapidly. The symptoms increase very quickly.

The third type – mixed. Very often degenerates into a glioblastoma, which is characterized by high mortality.

Why disease develops, nobody knows. However, there is an assumption that all the fault of gene mutation in 19-th or 1-th chromosome. It was discovered in most patients with this diagnosis. Full recovery in oligodendroglioma happens in rare cases and only when the disease was diagnosed in the very early stages of development.

The symptoms will completely depend on what Department located the tumor. If it’s the frontal part which is responsible for the processes of judgment, memory, learning and assimilation of knowledge, it is the violation of all these functions.

If it’s temporal lobe, is suffering the coordination of movements, speech, hearing and memory. It turns out that to recognize the disease is not so easy, because there are a number of different symptoms and many patients with them just don’t know that they can also be first signs of cancer development.

What you should pay attention to? First and foremost is the vomiting that does not bring relief. It can be observed several times a day and has nothing to do with food poisoning. Also the obligatory symptoms are nausea and dizziness. However, they are not always identified, and many patients attribute this to low blood pressure.

The second group of symptoms connected with the psyche. The patient experiences frequent mood swings, he is too irritable, the smallest thing could set him off. Sometimes increased tearfulness, due to just breakdown. But oligodendroglioma of the spinal cord such manifestations does not.

The third group of symptoms is associated with vision and hearing. The man, who saw well all of a sudden develops myopia, often flashing flies before the eyes, he ceases to see objects that are located far away, and reading glasses are increasingly using. The same thing happens with hearing. However, few people associate these symptoms with the tumor.

The fourth group of symptoms is seizures, which occur more often. They are, thus the reason that causes the patient to seek medical attention. This symptom is observed in 60% of all patients, so at the first sign should immediately consult the doctor and undergo all necessary examinations.

For anaplastic oligodendrogliomas are characterized by the following symptoms:

Can sometimes be diagnosed paralysis on the opposite side of the tumor.

Initially, the neurologist could not realize oligodendroglioma of the brain. And only when the prescribed treatment does not bring results, studies that reveal neoplasms. The easiest way to detect the tumor using CT or MRI. If necessary, can be assigned to biopsy brain or spinal cord, though it is quite rare. Are mandatory blood and urine tests and examination of cerebrospinal fluid.

Treatment of a brain tumor oligodendrogliomas involves its complete removal. Especially well helps this operation on the first and second stages of development. If it has grown and affects multiple zones, then complete removal is unlikely to be possible. Then it is additional treatment – chemotherapy.

To reduce the growth rate, is also and radiotherapy. If education is small, then you can use this method, as cyber-knife.

The prognosis is usually good. The majority of patients live without relapses for the rest of my life, but the answer to the question, how many live with oligodendrogliomas brain always has a strictly individual response. 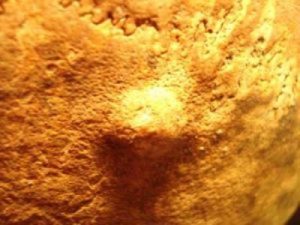 What is marginal exostosis of the vertebral bodies? 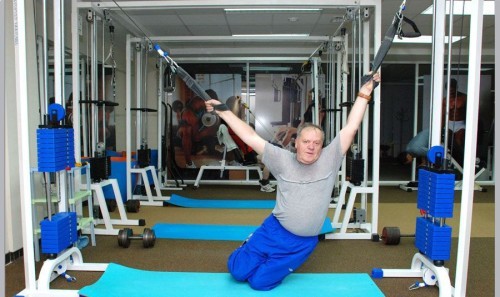 3 thoughts on “Types, symptoms and treatment of oligodendrogliomas”