We all know how to run. Rather, we all think we know how to run. It would seem, what in it such?! Each of us caught up with the moving bus or cross the road at flashing green. However, when it comes to periodic runs, good for health, things are not so simple.

Jogging in the morning or evening allows you to maintain good physical shape, enables relatively easy to lose weight, energizes emotionally. But like any other physical exercise, these classes require compliance with certain rules and have contraindications. Jogging without prior training, in the best case is fraught knocked the breath or reduced muscle at worst serious injuries or other health problems. That’s why the rules of running for beginners would be a good tool for getting positive results from your daily run.

First of all, we need to understand the technique of running. It is really important if you want to achieve any results by maintaining the body in good shape and dropping extra weight, not just do Jogging, looking around. Also following the rules run avoids possible injuries.

Before the run you need a good warm up. Workout used for General heating of the body, aerobic training, development of muscles and mobilization of the joint and ligamentous apparatus. This kind of charging, and setting the body for future loads.

Before run enough to do a short General warmup, during which aktiviziruyutsya the metabolism of the body, the muscle becomes better supplied with oxygen, and large joints and ligaments ready for the run. Are done for rotational exercises to improve the flexibility of all joints (warm up shoulders, elbows, hands, hip and knee joints of the lower extremities, the feet). Also produced any exercises for the hands and feet, stretching muscles. To finish this warm up can be jumping rope.

Special attention should be paid to his running clothes. It should be loose, not constrain movement and not impede breathing. In the summer it can be shorts and tank top, in the cold season sport pants and jacket. Pick up a form for Jogging so that the body breathe during training, and don’t dress too warm.

A good helper in training you can become fashionable nowadays fitness bracelets or smart sports watch. With their help, you can capture all of their achievements and to learn about the response of the organism to physical load. Also very out of place will fall best mobile apps for running, which seems quite a lot. Modern smartphones are able to store and organize information about training for a long time, which can be very useful if you are going long haul to go Jogging and work on my form.

Correctly chosen place for Jogging is also an important aspect for safe Jogging. Try not to run through the polluted streets of the city even if the sidewalks on the avenues or boulevards allow it to do. It is best to do in the Park or on the waterfront. If you have a choice, give up from running on the asphalt as the most stringent and is able to harm the joints. It is better to do Jogging on dirt trails or on paths with special shock-absorbing polymeric coating that is used on the stadiums.

The most effective schedule of classes aimed at burning excess fat, involves Jogging three to four times a week for 20-30 minutes. If you start to run more and more, the body will adapt to his usual work, and will cease to lose weight. If you run less tangible effect to fail.

Restorative quality Jogging, as the effect of weight loss from running multiples can be increased using a small trick. During each workout, it is not necessary to exhaust yourself monotonous Jogging at the same pace, alternate loads, then increasing, then decreasing speed, so that the body did not have time to adjust to your actions. In this case, the training will be most effective.

The following, which should be given special attention, in fact, running technique. It is believed that it is better to learn the correct movements from the very beginning than to retrain due to the lack of a positive effect from running. Possible futility of the lessons not so bad, much worse if technically incorrect running may be harmful to health, and this can be.

A sound approach to run involves attention to the following items: position, setting your feet, feet and body.

The upper body should be stationary, while the back must be kept straight, don’t lean much forward or backward. In this case, the slope of the hull, not the frequency step during the movement can adjust its speed. The body should not swing in different directions. The shoulders should keep the straightened and slightly lowered, arms bent at the elbows, hands slightly clenched. Described posture will help to protect from stress and trauma to the leg joints and spine.

Proper running technique requires a competent formulation of the feet. The inner edge of the stop must be on one line, with a push each leg maximum effort should be focused on thumb. The load on the whole foot should be distributed as uniformly as possible, to avoid negative impact on the joints.

The movement of the legs and body must be connected with each other. The vertical oscillations of the body should be kept to a minimum, as well as sharp blows on the running surface. All this can lead to increased load on the joints and spine, and affect the overall condition. The preferred frequency of the touch track – 90 times per minute for each foot, do not forget about acceleration and deceleration, as mentioned above. Inhale and exhale while running, you need to do on every other step.

To learn how to run, need to study a lot of textbooks, but it is advisable to follow the well-known instructions on the run. In this case, the run will only have a positive impact on your physical condition and affect the burning of the extra pounds without causing discomfort to your body. 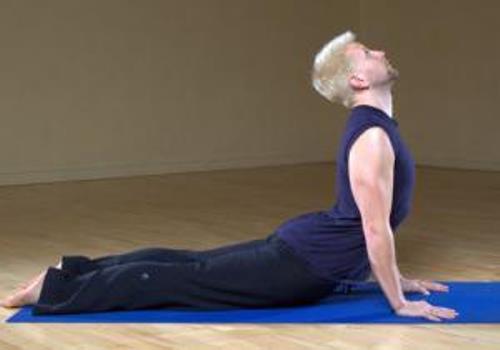 Great for your back and body exercise “Boat” beginners 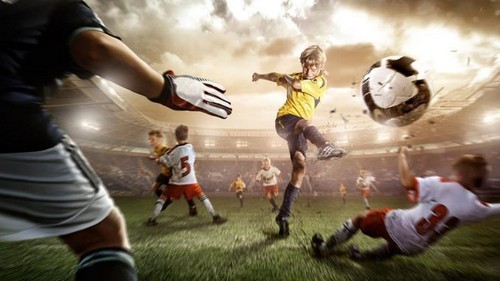 Football. The rules of the game of football 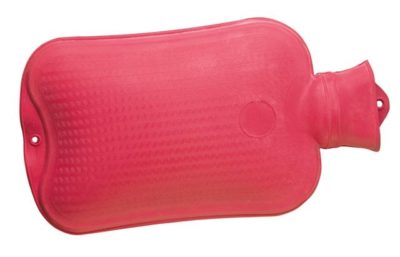 What exercises for the back can help with hernias of the spine?