The coccyx or the lower part of the spine, consists of 4-5 underdeveloped vertebrae, which are firmly connected to each other. It does not execute in full the functions that are inherent in the rest of the spine, but are important for the body as the place of publication of the last pairs of spinal nerves and as the point of attachment of the muscles of the buttocks and perineum.

Therefore, many diseases associated with the coccygeal bone, can also affect the condition of muscles and nerve agents. In particular, can disrupt the innervation and functioning of external and internal genitals and pelvic organs.

Diseases of the coccyx are quite common, but unfortunately, many patients seek care at advanced stages, preferring to endure the pain and discomfort cosmetic. It should be noted that in many pathologies. coccygeal bones can develop serious complications that could threaten not only health, but also the life of the patient. It is to such diseases can be attributed to a number of pathologies in which the in the coccyx there is a “bump” of various sizes. This symptom is often associated with pain and intoxication syndrome, with formation of fistulous.

For what diseases the characteristic bump in coccyx area

At the time of occurrence of this education of disease are divided into congenital and acquired. Congenital anomalies can be attributed to some defects in the structure of the coccygeal division relating to bone or spinal membranes and located near the muscle mass. These defects can occur immediately after birth and can be diagnosed already in the neonatal period. In addition, modern methods of examination in pregnancy allows to identify them before birth. Many congenital abnormalities (e.g., pilonidal sinus disease) may not manifest itself for many years and can already be detected in the adult.

There are a number of acquired diseases, in which the first and the main symptom is the emergence of lumps in the coccygeal Department, or on the skin surface or in deeper layers of soft tissue.

All of the disease occurring with the formation of dense or soft formation in the coccyx, it is possible to distribute the frequency of occurrence of the following:

Some people during intrauterine development to the end closed the particular channel in the thickness of the gluteal muscles. As a result, he remains in the form of a narrow duct of various lengths and is often found many years after birth. Any, even minor, trauma to the coccyx or the buttocks can cause inflammation and subsequent suppuration. Formed a cyst, which at best is emptied through the fistula on the skin, and at worst revealed in the intestinal lumen.

Clinical symptoms is a lump at the coccyx, which appeared for a short time and it hurts with every day. The bulge increases, the skin over it red and hot to the touch. The pain is excruciating, worse when sitting and bending. The body temperature rises, often to febrile digits (more than 38°). there is a strong weakness, headache, loss of appetite.

Treatment is only surgical. Festering epithelial course open, clean, sanitize, and remove tissue, its components, and sewn so as to prevent its re-fester.

Failure to observe hygienic rules, uncomfortable clothes, with a weak immune system on the skin of coccygeal bones can appear the boil in the form of red bumps which hurt and quickly festered. It is an inflammation of the hair follicle, and in severe cases, several of the affected follicles can merge together and form a carbuncle. When filling the cavity of the hair follicles pus person concerned about severe throbbing pain, symptoms of intoxication.

Quite often boils reveal themselves, but often have to help them and surgically. Abscess drained, disinfected, and impose a sterile bandage. After 7-10 days such a lump at the coccyx disappears completely.

Lump on coccyx with other pathologies

Injury of the gluteal region is often accompanied by the formation of a large hematoma, which may suppurate with abscess formation. This education is more deeply than a superficial boil, and when probing gives the feeling of fluctuations (the liquid in a confined space). Treatment is surgical.

A very rare disease, occurring with formation of a convexity in the region of the coccyx, is osteomyelitis, purchased inflammation of the periosteum with formation of external fistula, and congenital anomalies, such as the back meningocele (spina bifida) and teratoma (tumors). For their diagnosis used x-ray, ultrasound, CT or MRI, and the choice of treatment strategy is always individually.

The appearance of bumps on the tailbone can be a symptom of various diseases. Therefore, you should not delay treatment for medical assistance, because delay could be very dangerous to health and even life. 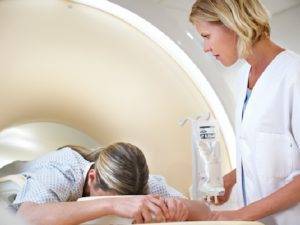 MRI of the lumbosacral spine and coccyx 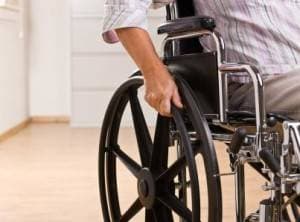 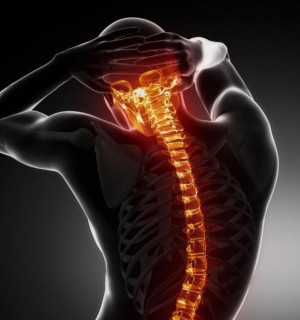 The main causes of a wandering pain

7 thoughts on “Lump on tailbone”