At an acute ulcer is commonly understood as a deep defect in the internal cavity of the stomach affecting not only the mucous layer, but submucosal. Most of these ulcerations localized on the lesser curvature of the digestive organ in the lower surface of the liver, rarely – on the big curvature in the direction of the spleen or on the rear wall.

On the basis of provoking the development of peptic ulcer disease factor, experts distinguish the following types:

The ulcer may be oval/rounded, and polygonal (irregular) form because of a concretion of several damages of the mucosa. The magnitude of ulceration, as a rule, do not reach 1 cm, but the doctors are sometimes faced with the giant formations in the stomach, the dimensions of which exceed 5 cm in diameter, and, consequently, to cure them is much harder.

Causes of deep ulceration in the stomach also may serve as:

But in all cases the true culprit of acute inflammation scientists believe the activation of the bacterium Helicobacter pylori, which leads to destruction of the cells of gastric epithelium.

Before you call the symptoms of acute gastric ulcer, it is worth noting the stages of its development:

At first, a typical symptom of the acute manifestations of the pathological state becomes exhausting hunger pains in the area of the epigastrium, worse at night. After a meal the intensity of the pain usually subsides. Often, exacerbation of peptic ulcer disease is accompanied by increased body temperature to 37.5. This subfebrilnaya indicator can stay on for a long time without changes. From the dyspepsia patients report burps with sour taste, frequent heartburn behind the breastbone. These symptoms gastroenterologists cause a rise in the concentration of acid in the digestive juice and throw it into the esophagus. About worsening inflammation also shows grayish-white coating covering the tongue is very dense layer.

In the case of bleeding ulcers additional signs are vomiting with blood clots and stool color of tar. This complication can be superficial or deep (at the bottom of a stomach ulcer bleeding vessel). However, there are times when a patient is having two options once the hemorrhage.

The symptoms of penetrating (often in the pancreas, lesser omentum and hepatoduodenal ligament) ulcers include:

If the patient has an acute critical state associated with the perforation of stomach ulcers, you need emergency treatment, as the peritonitis in this case is rapidly progressing.

Symptoms of perforation are:

Therapeutic interventions in the acute phase of gastric ulcer was determined based on the condition of the patient, age, nature of clinical symptoms. However, based on the treatment of uncomplicated almost always lies with the acceptance of microbicides, for example, Amoxicillin, Metronidazole, Clarithromycin. Due to these drugs and some others, also belonging to the group of antibiotics, it becomes possible to correct the pathology of the gastric mucosa, since they eliminate the main reason – pathogen Helicobacter pylori.

In addition to medication of antibacterial action in the therapy of acute ulcers may be used:

1. a means of normalizing the level of acidity of the digestive juice (Omeprazole, Ranitidine);

2. drugs with gastroprotective (protective) property (De-Nol and other wimalasuriya medication).

5. adrenergic funds that have protivomigrenoznoe the release of gastrin action (Obzidan, Inderal).

Conducts all activities in conjunction with diet in 80-90% of cases allows to achieve a stable remission of disease. However, conservative treatment does not always helps, and then the patient, surgical intervention in various circumstances ways (by the method of selective proximal vagotomy, resection, endoscopy).

Indications for surgery on the stomach:

To use folk methods to cure the ulcer, experts do not recommended because of the risk of worsening the situation. Especially prohibited such treatment in complicated acute forms. But to prevent the exacerbation to use some non-traditional recipes the doctors allow, for example, means:

1. of birch leaves (1 teaspoon crushed fresh leaves of this tree, pour a glass of boiling water, to insist 1-2 hours);

2. from mother-and-stepmother (the infusion is prepared similarly to the previous method, with one difference that can be used not only the leaves but also the flowers themselves); besides this popular recipe helps to treat stomach and bronchi;

3. from medicinal marshmallow (1 large spoon of ground its roots are poured 250 ml of boiling water for 30 seconds simmer on a slow fire, and then infused for about half an hour).

All of these traditional medicines should drink before meals 3 times a day.

Adherence to diet is equally important and exacerbation of the inflammatory process, and in the stage of remission, and in the case of complications stenosis, bleeding and other life-threatening factors. Therefore, the patient the doctor prescribes a personalized diet based on:

Diet in the treatment of gastric ulcer should be observed for at least 6-9 months. When the illness, going into a phase of remission, and the food in the stomach will not create any discomfort, you can gradually return to normal appearance of food (not stained and not too chewy), but from a harsh and harmful industrial products will still have to give up entirely.

In addition to the diet not the last role in the prevention and treatment of acute ulcers plays a exception of alcohol and energy drinks because they induce bleeding and expansion erosive inflammation. 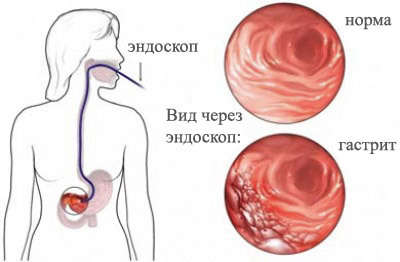 Manifestation of stomach ulcers and gastritis How your bowel works 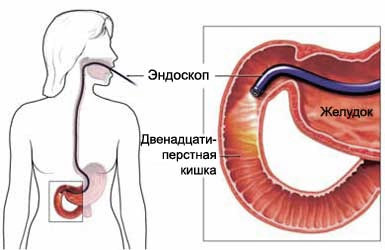